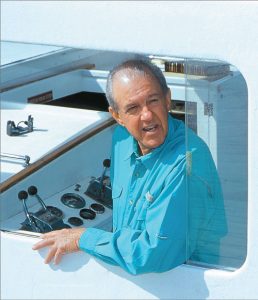 My first experience was coming to the Big Cypress with my father and his friends on my 7th birthday. It was my birthday present to go camping inside the Loop. I shall never forget that childhood experience and it has left a lifetime mark on me.  Thank Goodness.

As we know, the Everglades and Big Cypress gradually emerged from the sea around 5 to 6 thousand years ago. Very recent in geological time. Early inhabitants of the Big Cypress and the Everglades, the Calusa Indians were gone before the Miccosukee and Seminoles were pushed further down into South Florida.  Early non-Indian settlers first began to come into the Big Cypress/Everglades country in the 1860s.  Some of their ancestors live here today still.  They came for various reasons:  some were outlaws, deserters, squatters, and homesteaders wanting to make a new start in this wild country were making a living was a real challenge and no law enforcement existed.   These individuals who lived off the land and waters were called Florida Crackers or Gladesmen (women).

In order to feed their families, they did whatever was necessary to put food on the table and make a few dollars to spend at the trading posts of which there were few. They took and sold or traded bird plumes, gator hides, raccoon & otter pelts, and venison. Caught and salted fish, made charcoal and later, commercial frogged, cut cypress & pine timber, sold wild native orchids, lightered fence post, ran scrub cattle, and farmed many of the prairies in the Big Cypress region in the dry season.  These people inhabited places like Flamingo, Royal Palm Hammock, Chokoloskee Island, Everglades City, Marco, and Immokalee.

In 1947 Everglades National Park was finally dedicated at Everglades City by President Harry Truman.  The establishment of ENP meant the beginning of the disappearance of the Gladesmen’s way of life.  They could no longer freely roam the glades and cypress country for much of it was now protected along with the gators and other wildlife. By the last years of the1950’s very few still depended on the land for a living.  Many became commercial fishermen in Everglades City area and farmers and cattleman around Immokalee going about their business of daily life.

Meanwhile, a lot was happening to the South Florida watershed that would negatively affect the Everglades and the Big Cypress Swamp.  The construction of the Tamiami Trail completed in 1928 served as a dam interrupting the sheet flow to the south/southwest into the 10,000 Islands and what would become Everglades National Park 19 years later. The construction of the “so-called conservation area 3 and the L-28 canal resulted in significant changes in the previously uninterrupted sheet flow during high water across the slight Shahalegi ridge between the grass and the cypress to the southwest.

The construction of Alligator Alley served to further interrupt and dam natural sheet flow to the south in the Big Cypress and thus into Everglades National Park, Fakahatchee Strand Swamp, and the 10,000 Islands. Later when the Alley was converted to Interstate -75 some mitigation occurred with bridging, culverting, and wildlife crossings being placed, but it still was an unnatural impediment to water and wildlife trying to move through the area as it had always done.

The digging of the Turner River canal, both north, and south of the Tamiami Trail and the road to nowhere to the north severed the hydrological connection of the two incredibly beautiful headwater lakes that form the Turner River in Big Cypress which flows south into Chokoloskee Bay.

With the cutting off the year-round water flows both in volume and current the lakes are a mere shadow of what they once were.  Where the Turner River once had a clean, clear shell bottom in many areas, there is now a deep mat of vegetation detritus covering the once clean clear bottom.

When I was in high school, we would swim in these clear bottomed areas.  You could reach down and flip over a large clamshell and all kinds of small aquatic critters would go scampering off. This bottom nursery no longer functions because it has been buried by detritus due to years of inadequate water flows and cleansing currents. Downstream the riverbanks have closed in with the changes to the north.  Areas of the river which were once bordered by prairies now are closed off by mangroves.  Fifty years ago, you could paddle a canoe from the Turner River to Barnes Creek and eventually Sunday Bay.  This is no longer possible as the area has grown shut.  While some succession in vegetation would occur, the lack of flow has resulted in the loss of adequate scouring flows over the years.  These are some of the most significant changes to the hydrology of the Big Cypress. Big Cypress has changed a great deal hydrologically and vegetatively over the 70 years since I first came to it with my Father.

Today we have exotic grasses, ferns, trees, snails, frogs, and yes as we all know, pythons. Many creeks where we once canoed, camped, and fished are grown shut due to long-time changes in hydrology. What happened to the grey squirrels, the Big Cypress Fox squirrel, Red-cockaded Woodpecker, the Bob-white quail, and the cotton-tailed rabbits?  We know that lack of fire is detrimental to these and other warm-blooded critters such as bluebirds, BC Fox squirrels, and Red-Cockaded woodpeckers. But what happened to the aquatic-dependent species populations? Especially the snakes, their numbers have crashed. Is it something in the water? We do not know the answer.  Why do large numbers of crayfish no longer migrate across the Tamiami Trail on certain nights as they once did? There are many questions and needs for additional research and restoration.

But the continuing good news is that we acquired the Big Cypress National Preserve and today it belongs to all of us.  And the locals can still go there to escape to its wildness. To camp on the high ground, stay in family-owned camps and retreats in the backcountry, to hike, bird, hunt, and enjoy the peace and quiet and the night sky that is still found there because we preserve it.

This first National Preserve was saved and preserved by an agreed-upon compromise by all parties that were involved in bringing about the protection of this incredibly wild and beautiful place.  The fight over stopping the Dade County Jetport just north of the Everglades National Park was the catalyst for those who loved the Big Cypress to come together to try and protect the Big Cypress from other development plans which were certain to come.  Meanwhile, real estate billboards were popping up all along the Tamiami Trail.  “$10.00 down, $10.00 a month, buy land, get rich.” One stated.

Due to opposition to protecting Big Cypress from many realtors, local chambers of commerce, landowners, some hunters, and those families who had suffered the loss of their homes and businesses when Everglades National Park was established it became very clear that a coalition of supporters was needed.

Environmental organizations, both local and national, local outdoorsmen, and the hunting community eventually came together, put aside their differences for the common good of the cause, and convinced their politicians to support the acquisition.  It was a bitter fight sometimes but finally, Johnny Jones of the Florida Wildlife Federation overcame political opposition at the federal level when he was able to obtain 40 million dollars from the governor and legislature of Florida from the Environmentally Endangered Lands Fund.   Florida’s citizens had voted to spend 300 million dollars back then to buy conservation and environmentally endangered lands in 1972. Acquisition of Big Cypress was a priority to Floridians and contributing the first 40 million dollars to initiate the purchase negated federal politicians who were opposed to spending any more money on swamplands in Florida.  It is a long, interesting story of how it all came together, but in 1974 we were blessed with the establishment of the Big Cypress National Preserve, our first.

For anyone who is not familiar with the Preserve concept I should mention why a Preserve is very different from a National Park.  It is confusing to many people. A very important distinction is that a Preserve is NOT a park. It is incorrect to refer to Big Cypress as a park.  It is a unit of the National Park system but differs from ENP in that preexisting traditional uses are allowed to continue subject to management rules and regulations that protect the resource using BMP’s.  The enabling legislation permitted the ownership of private property such as backcountry cabins, camping retreats, hunting, swamp buggy, and airboat use and exploration and extraction of privately-owned subsurface mineral rights.

Management of the BCNP has been a significant challenge for the NPS and those who use and enjoy the Preserve. The NPS was used to managing National Parks, but not this new breed of cat called a Preserve.  There were no guide documents or  operator’s manuals provided explaining how to manage a preserve, not a park.  So it has been a long and arduous process over the almost 46  years since BCNP was established.  Hopefully, the years of litigation will come to a close and the NPS can concentrate its efforts on hydrological restoration , exotic removal increased prescribed burning and completion of a fair and functional orv trail system.  We look forward to working closely with BC new superintendent Forsyth as we have with former superintendents Gustin, Whittington, and Pedro  Ramos of recent years and their staff.

In closing I must mention how the local economies have in most cases have benefited from the establishment of the Preserve. This was not the case in the early years.  Today Everglades City, Chokoloskee Island and the surrounding areas have seen employment opportunities for individuals and businesses grow. Commercial stone crabbing continues to be a large part of the local economy.

Tourism in the form of guide fishing, canoeing, kayaking, visitation to the Preserve, birding, hiking, airboat and swamp buggy and pole boat tours and photography have all been enhanced by the preservation of Big Cypress.  Many of those who now find employment as guides are descendants of the original settlers.

But most of these activities are dependent on adequate freshwater flows to the coast in the proper time and amounts.  Right now, as we meet there are again water quality and quantity issues in Florida Bay.  I am a former charter fishing guide in Everglades National Park operating out of Everglades City and have seen the changes that have taken place when salinity levels greatly increase and algae blooms occur.  Some former productive areas could no longer be fished. This necessitated traveling more distance to locate fish and higher levels of fuel consumption and costs. Not to mention sometimes experiencing client dissatisfaction.

So, the wildlife and local economies are dependent on the water quality and quantity coming from Big Cypress to the coast. Let us all make sure that Big Cypress restoration receives the same consideration that the Everglades to the east and the Picayune Strand to the west now receives.  Improvements have been made but we still have much to do.  Perhaps, that is why some of us decided a few years ago to start calling this area “The Western Everglades”.