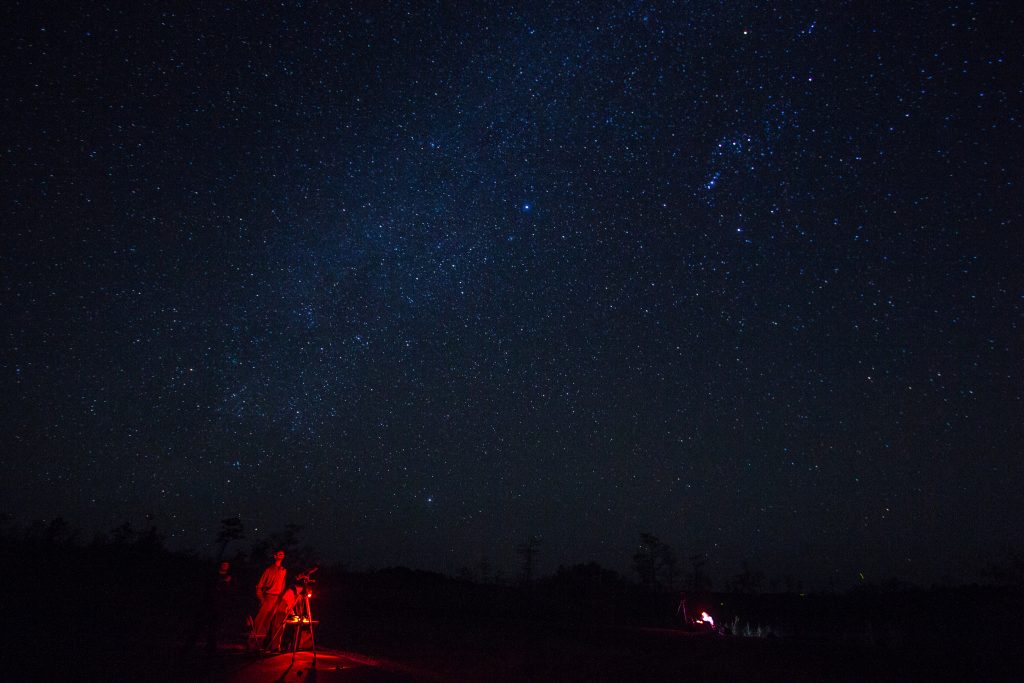 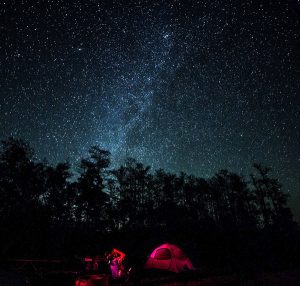 It was the spring night of March 13, 1989, and Karl Greer and I were enjoying sitting by the campfire sipping some bourbon and listening to the Barred owls calling. As the lightered pine fire died down, we decided to go in and cook our supper of venison backstrap, pole beans fresh from Homestead, and corn shuffle. It was a cool dark peaceful night, and we were thankful to be out of town and in the wilderness of Big Cypress. After a delicious supper and talking again about the good old days we finished off with some homemade Key Lime pie. I set up the coffee pot for the next morning and hoped to hear an Osceola turkey gobble at first light. Deciding to stoke the campfire and relax a while before hitting the sack, a whippoorwill began to call nearby.

Walking out into the yard I looked to the north and all of a sudden it looked like the whole Big Cypress north of Alligator Alley was on fire. Karl and I were amazed at the height of the distant fire; we both had seen many prescribed burns and wildfires over the years in the cypress country. As we watched intently, the distant fire seemed to waver and move and reach into the heavens, not something we had seen before.

I jokingly said, “It’s probably just the Northern Lights, the Aurora borealis.” It was impressive in that dark sky.

When I returned home four days later, I mentioned the experience to my wife Kathy. She smiled, walked over to the newspapers that she always saves for me, and held up the headline page:

“A Rare Sighting of the Aurora borealis seen in South Florida for the First Time in Many Years.”

Many nights in Big Cypress it almost seems that you could reach up and touch the Milky Way, it is so clear in that dark sky. Karl and I were so fortunate to have experienced this totally unexpected viewing of the Aurora.  Quite likely, a once-in-a-lifetime opportunity for us.